Don’t just take our word for it, hear it from some of our runners have to say…

Northwich Running Club has come a long way in a short time and is now making a massive contribution to the health and wellbeing of local residents. As a keen runner, I would recommend anyone to give running a try and I can’t think of a better place to give it go than the safe, friendly and welcoming environment of this local club.

The first session for me was a nerve-wracking experience… what on earth was I doing joining a running club with athletes???…..I was instantly greeted by many smiles and encouraging conversation. 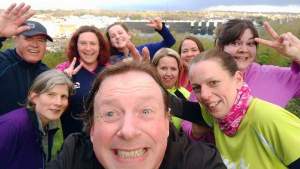 It’s the best thing I’ve ever done and the only port I’ve really committed to longterm through great enjoyment. I have a 5k Fun Run in May and I am confident that I will be able to complete it since joining the group. I also can see my body shape changing as well which for me is my main goal.

It never crossed my mind that I could join a running club, I really thought that they were for proper runners only. I’ve now completed 7 weeks of training 3 times a week!… The support and encouragement received, not only from the run leaders and the rest of the couch to 5k group but from the whole club, is phenomenal.

I was encouraged to have a little run and then walk and someone stayed with me all of the way. I have stayed with the club now and have been with them for nearly 5 months. NRC have been amazing and I would encourage anyone to get into a club that is so supportive.

(Jill, about her first session with NRC)

I personally was anxious to make a change in my life due being very over weight and having a recent health scares….I realised if I don’t make the changes now I may not be around to see any grandchildren grow up….I struggled at first to walk any distance but with excellent support, guidance and motivation I moved from fast walking to jogging to running short distances gradually increasing distance travelled being part of the C25K….Throughout the whole experience I was given loads of encouragement and support,  the group members dedicated an enormous amount of their own time to help improve my pace and fitness.

NRC have certainly inspired me to get off my couch and continue to support and encourage me to go beyond my own expectations.

It’s safe to say that throughout my adult life I have tried EVERY diet and most gyms/classes/PTs going. At the beginning of 2016 I was sat mulling over how on earth I was going to shift this baby weight that was still looming over me 6 months after giving birth. When a friend spoke to me about NRC and their C25K class.

I had done some running before, but not since 2012. But I knew, for me that running and healthy eating combined was the only true thing to help ME with my fitness and especially important to me, weightloss. In theory this group sounded perfect; I was going to be able to join a group and build my strength with people of a similar fitness level so I wouldn’t feel out of my depth.

I contacted Alan through Facebook and then we had a light-hearted chat on the phone. We discussed my current fitness and past experiences. He was so enthusiast about the club and me joining and I instantly felt keen to go along and see what it was all about. However, once I had committed to attending the club, my nerves took over me and I bottled going. Until my husband said he would come with me for moral support and I felt I had the comfort blanket I needed.

The first session for me was a nerve-wracking experience… what on earth was I doing joining a running club with athletes??? But I kept thinking this is a C25K team and a perfect starting block. Walking over to the group made me very apprehensive, however I was instantly greeted by many smiles and encouraging conversation. I pre-warned the gang of my poor fitness levels, however I shocked myself!! I was made to feel very very welcome and already I have made lots of new friends.

It’s amazing how much further you push yourself when with a group of people. There has been occasions when I have had to walk whilst others jog on but that doesn’t matter because the guys ‘muster back’ and always jog back to you with words of encouragement so you’re never alone. I’ve gone from not being able to complete a 60 second to run to running for 25 minutes constant in a matter of weeks. It seems very surreal me even writing what I have achieved. 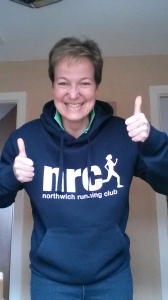 The timings of the club are great and it’s such a flexible club. If you can’t make a session then you aren’t reprimanded for not attending, but the support is constant through the Facebook chat group we have.

If you are interested in running but worry about your ability then I highly recommend NRC C25K group. It’s the best thing I’ve ever done and the only port I’ve really committed to longterm through great enjoyment. I have a 5k Fun Run in May and I am confident that I will be able to complete it since joining the group. I also can see my body shape changing as well which for me is my main goal. I’ve recommended the group to a few of my friends who are keen to join. My husband, who initially came for moral support has ended up joining but he’s moved to a longer running group  (and the weird thing is through the commitment of me and the club, I don’t doubt that I will be able to join them one day! 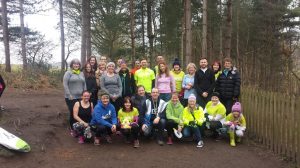 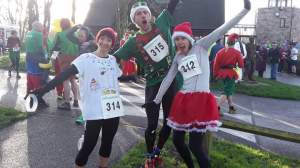